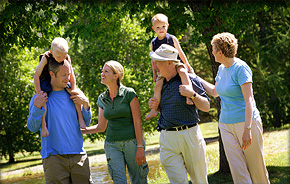 "Be Willing to Stand for Biblical Values"

Now that Thanksgiving Day is past, I will probably start tuning in to a few of the Christmas movies available for viewing. I don’t overload on such programs during the holiday season, but I usually do watch a few of them with my wife. She already had me set a recording for one such upcoming show she had heard was a good one, which suggests that some of them aren’t so good.

I noticed a report last week about a well-known TV actress who has become associated with those films due to her frequent appearances in them. She had commented about her decision to change to a different network due to its commitment to hold true to traditional storylines of marriage and family. What got my attention was how this person was vilified for her statement. Some accused her of hatred and bigotry. It’s amazing how quickly people will spew out hatefulness at those people whom they claim to be haters, or how they are ready to cast stones at those whom they accuse of doing the same thing.

For those of us who are committed to upholding biblical values, we should be prepared to face similar reactions from today’s society. Pointing out sin and the need for repentance will never be a popular message, no matter how lovingly we do so. Simply standing up for what the Bible teaches to be right and good, without even singling out anything as being bad or evil, will often draw the ire of those who are sensitive to what that light reveals about their own character and conduct. As long as we are committed to God’s Word, truth, and holy living, we can expect not to be popular, but rather oftentimes to face the wrath and ridicule of an ungodly world.

It reminds me of Caleb and Joshua, two of the twelve men who were sent to spy out the land of Canaan. Although they all agreed that it was a wonderful and fruitful land, they differed on their recommended course of action. Ten of the spies claimed it would be hopeless to try to go up against the strong inhabitants of that land. However, Caleb and Joshua encouraged everyone to trust the God who had called them to that place and who would help them defeat their enemies. The vast majority of the people sided with the ten spies. They were ready to literally pick up stones and cast them at the two men with alternate views. However, God intervened to spare them, revealing that Caleb and Joshua were the ones whose view was more in line with His own assessment of the situation.

In that account Caleb is described in a positive way as having “a different spirit”. He was willing to go against the flow of his fallen community and stand firm for God and His way, no matter the consequences. We need to be willing to follow his example today. Too many are afraid to be the voice that points out truth in the midst of error. We may whisper it to a few trusted colleagues, but not loud enough for others to hear. We don’t want to be cancelled, lose some friends, or face worse consequences.

It's true that there are those who can stand for truth in such a way that it engenders hatred and violence. We should decry such and seek to have a different spirit from those folks as well. However, no matter how pure our motives or how loving our actions, we will still often face hostility for standing for biblical values.

I think I will go see if I can find a good Christmas movie to watch about goodwill and kindness. We could sure use a little more of that today, couldn’t we?